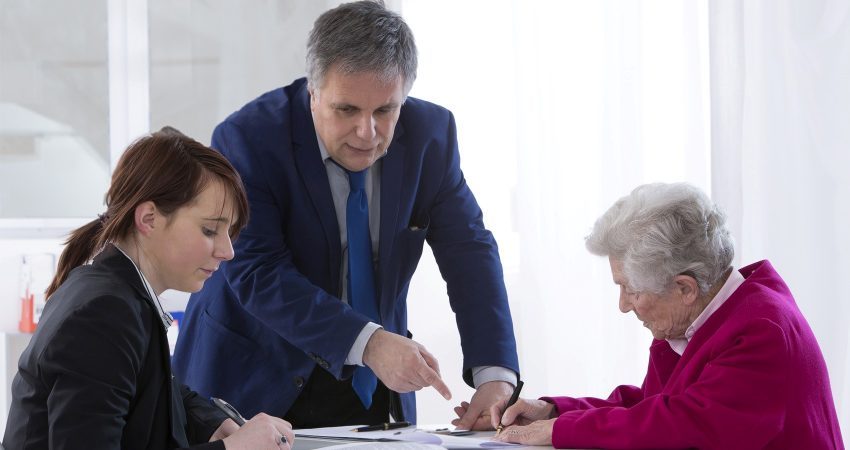 In 2019 two NSW Court of Appeal cases looked at Wills signed by deceased persons who appeared to be suffering dementia at the time the Wills were drafted.  The Court gave significant weight to the evidence from the solicitors who drafted the Wills and their file notes, recollections and usual practise in drafting.  This was regardless of the medical evidence which provided in both cases the deceased was suffering varying degrees of dementia.

A person has testamentary capacity if at the time they gave instruction to a solicitor to draft a Will they:

These four issues are outlined in the United Kingdom court case of Banks v Goodfellow (1870), and continue to provide the benchmark for capacity for legal purposes and Will making today in New South Wales.

This case involved the deceased, Warwick Croft who signed a Will in September 2013.  Mr Croft died in 2016 and was aged 85.

It was alleged by family members that Mr Croft had suffered dementia and hallucinations.  He believed his daughters were running a brothel, someone had kidnapped his wife and a daughter was possessed by demons.

The medical evidence suggested the delusions or hallucinations were episodic rather than continuous and Mr Croft was not under delusions when he gave instructions to his solicitor to prepare his Will.  Medical evidence found a mild underlying cognitive impairment.

Mr Croft saw a psychiatrist in April 2013 and he saw no sign of memory disturbance.  However, other medical evidence disputed the psychiatrist’s findings.

Mr Croft saw Mr Miller, an experienced estate planning solicitor to fix his Will in 2013.  Mr Miller said that it was his usual practise to obtain a letter from the client’s treating doctor if a client had questionable capacity.

Mr Miller was previously acquainted with Mr Croft as they had both attended the same local Church on a few occasions.

In August 2013, Mr Croft’s son-in-law and other family members had lunch with Mr Croft and evidence was given to the Court that Mr Croft ‘engaged in general discussion at the table and there was nothing unusual in his demeanour or behaviour’.

The Court of Appeal decided that the evidence by Mr Miller, Mr Croft’s son-in-law and other solicitors Mr Croft had dealt with in family law proceedings was adequate to prove that Mr Croft’s underlying dementia did not deprive him of testamentary capacity at the time he gave instructions to Mr Miller to prepare his Will.

The September 2013 Will was upheld and valid.

This case involved Marija Jakopovic (the Deceased) who signed a Will in September 2007.  The Deceased died in 2015 and was aged 82.

The NSW Supreme Court held the Deceased had capacity to change her Will.  The Deceased’s granddaughter appealed to the Court of Appeal alleging the Deceased had dementia and wasn’t able to validly sign her Will in September 2007.

Evidence from the Deceased’s solicitor, Mr Taylor who prepared the Will was interesting.

Mr Taylor, who had over 30 years experience in preparing Wills did not keep a file note about the Deceased’s capacity after his meeting with her.  Neither did he have any independent recollection of his dealings with her.  However, there was evidence that Mr Taylor had seen the Deceased over a period of an hour and a half, enough time to take instructions.  Further, it was his usual practise that, if capacity was an issue, he would take careful file notes.   As Mr Taylor hadn’t taken file notes, he was satisfied that the Deceased’s testamentary capacity was adequate to make a Will.

In a nutshell, the Court of Appeal accepted the evidence by Mr Taylor and decided that the Deceased had the testamentary capacity required to make the 2007 Will.  This was regardless of medical evidence to the contrary.

Tags: adult children, contesting a will, dementia, Estate Planning, incapacity, making a will, will disputes, Wills
Previous Post SMSFs – Planning ahead using enduring power of attorneys
Next Post Do you have a digital register for your digital assets?