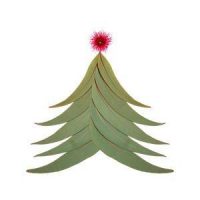 If you have received a significant inheritance it is timely to consider how to pass it on when you die.  This will depend on your personal situation, that is, whether or not you have a spouse/partner, children or both and their ages.  Are you concerned about adult children and possible relationship breakdowns or a breakdown of your own relationship?  You may wish to protect the inheritance in a testamentary trust or leave it partly to your children, rather than wholly to your spouse.

An existing Will is revoked on marriage unless it is drafted with words that it is made ‘in anticipation’ of marriage to your future spouse.

Similarly, a divorce means that a Will, in so far as it benefits an ex-spouse, will not be operative – that being said, the remaining terms of the Will may not work as intended.

Number 3: Separation but delay in divorce or no divorce

If you die without a Will and you are separated from your spouse but not divorced, your estate may be left wholly to your estranged spouse in accordance with the NSW intestacy laws.  If you have formed a new relationship or have children from a prior relationship they will also receive part of your estate, with your estranged spouse, in accordance with the intestacy laws.

The trustee of a retail or industry super fund may distribute your superannuation to your estranged spouse.

If you are separated but not divorced, your existing Will remains valid.

Blended families are increasingly common.  The Number 2 reason applies to those in a second relationship, either de facto or married, after having been in a prior marriage producing children.

My first family provision case involved a man who died in his early 60’s.  He had two children from his first wife that were young adults on his death.  He formed a new relationship with a lady with three minor children.  She moved in with him and he supported them during the term of their relationship.  He had an old Will prepared many years ago, leaving his estate to his children from his first marriage.  After his death, his de facto partner commenced a family provision claim against his estate.   As the de-facto partner had a legal team, as did the estate and the children from the first marriage – who didn’t trust either the executors – being family friends of the deceased – or the de facto partner, the legal fees were immense.

If the deceased had updated his Will after advice from a competent solicitor with expertise in this area, the likelihood of a family provision claim could have been substantially reduced.

Everyone should review their Will if suffering a serious illness.   An illness should be a catalyst to take steps to ensure affairs are in order.

Tags: Estate Planning, making a will, power of attorney, Testamentary trusts, Wills
Previous Post How do Special Disability Trusts work?
Next Post Has your superannuation become a substantial asset? If the answer is YES, this article is important.